Obama is not the messiah

In the wake of the Sandy Hook shootings, I feel compelled to say something, but I'm not really clever enough to propose any solution.

I do however feel very frustrated at the sophomoric nature of the discourse flooding facebook and twitter, or any online forum.  The trolls are out in force, and almost everyone is yelling at each other, without listening.

First, the pro-gun side: I've read endless variations on the "guns don't kill people, people kill people" meme.  Yes, it's kind of true, and pretty darn useless too. One poster lists all the other things besides guns that kill people, one of them being cars.  It apparently didn't dawn on him that it's harder to legally get a driver's license, car, and the alcohol necessary to become a menace to society than it is to buy a gun. In a strange bit of coincidental weirdness, I just read an article on Al-Jazeera about another attack on school children in China the same day, by a knife-wielding assailant.  Just as terrible a target, but the difference is nobody was killed.  It's pretty simple algebra: The Connecticut attack, minus the China attack, equals guns.

I'm not going to engage in false equivalencies here, I don't really believe the gun-control side is as clueless as the NRA-fed folk, but I'm distressed at some of the energy directed at President Obama, as if he could just do something about it if he really cared.

First, let me cop to being a full-fledged Obamapologist.  I love the guy, and am continually impressed with him whenever I get to hear him.  I don't think he's perfect, but I do think he's done a great deal of good. But I fear we are headed down the same path taken after the glorious euphoria of the 2008 election.

People were so happy Obama was elected, it was as if history would forever be changed, and utopia was right around the corner.  People went to sleep, thinking the battle was over, and were even disappointed when Obama couldn't single-handedly deliver single payer health care.  That led to the disastrous GOP 2010 takeover of Congress and many statehouses and governorships.  Because this happened in 2010, a census year, congressional districts were heavily gerrymandered to favor the GOP.  Even though a majority of people voted Democratic in the 2012 Congressional races, the House remains under GOP control.

Obama is only the President. Check your copy of the Constitution for what that really means.  Right now, it doesn't mean as much as it could.  Yes, the most important thing a President does is nominate Supreme Court justices, but the President cannot enact legislation or raise or lower taxes.  He can sign or veto bills that deal with those topics, but he doesn't get to make them.

Getting back to gun control, there have been protestors outside the White House this weekend, directing their energies at Obama.  Yes, he can certainly use the bully pulpit of the President to drag the country into a debate, but are we ready for that?  I think many liberals are unwilling to do the heavy lifting necessary here.  The US already has 300 million guns, and even if gun sales stopped tomorrow (I'm not suggesting that!) we could go another 100 years with enough firepower to power many more massacres. I'm confident President Obama would sign any reasonable bill like a new assault weapons ban, or controls on the huge ammo clips that help make such mass carnage attainable.  The real fight is huge.  The NRA has enough legislators in both parties on their payroll.  The gun culture is huge, and will not be reversed with a stroke of a pen. The real fight is against the John Boehner's of the world.

Perhaps this most horrific of tragedies will actually get people talking to each other instead of at each other.

What do you think? 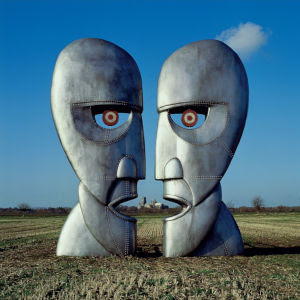