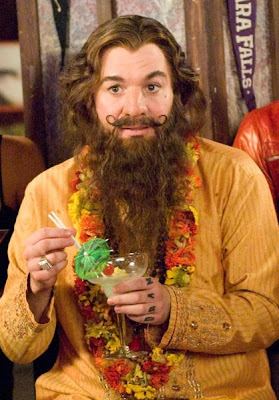 They Call Him Maurice

Martha and I came home a day early from a short getaway (car trouble) and went out to see a movie. We were going to see the new Indiana Jones movie, but due to a schedule change, went to see The Love Guru instead.

If you like Mike Myers' lowbrow form of humor, you should get a kick out of this. It's not going to endear itself to anyone with overly thin-skinned sensibilities. It's pretty much offensive to everyone! Also, I don't recommend you see it with your children, your parents, or anyone else who you don't want to see you laughing at an inappropriate joke.

On one hand, it's just a lot of gags, piled up one on top of another. But some of them are very cleverly linked, with a delayed payoff later on (his name Maurice for example!) The opening scene is a musical number featuring Mike, a sitar, and some beautiful Bollywoodesque babes in Dolly Parton's "9 to 5."

I don't really want to say much more, as you'll have the most fun if you just go and see it. Avoid the trailers, which will just tip the hand of the gags. Get your money's worth! 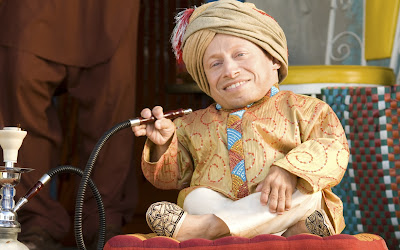