A great show in the ultimate laid-back setting, too bad there weren't more people there, but the energy was great anyway!

Moe's Alley in Santa Cruz was the place, an early Sunday evening show, just right for me, since I had a 90-minute drive back to the city ahead of me.

The story actually started a couple days before. I got a call from my sister Rickie, that the Aces were playing in Redwood City at the Fox. There was no way I could go, but I went to the site, and noticed they had just played the Sweetwater, and were headed for Santa Cruz the next two nights.  It was nice to see old friends again.  The bass player, Jeff Davis, has been playing a bass I made for him for some time. 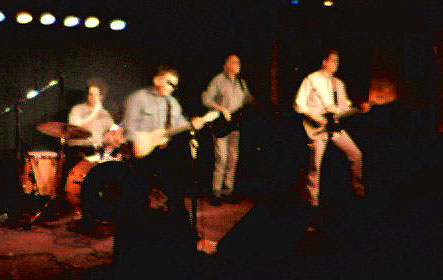