Recycled Memories at the Academy of Sciences 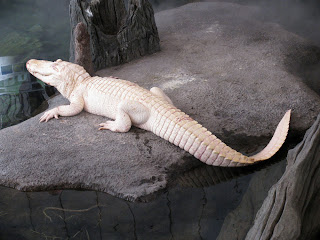 No Easy Task
I have been going to the Academy of Sciences in Golden Gate Park for most of my life. I didn't go during the remodeling project, when they were downtown, but received a gift of a membership for xmas, and went down bright and early (so we thought) yesterday morning to get into the 'express entrance' line for members. This would of course speed us past the riff-raff in the ordinary line. This turned out to be only half true, as the member line was incredibly long, but nowhere near as long as the line of the regular ticket holders. By the time we got in, and oriented ourselves to how to get a planetarium ticket, it was already too late for a morning viewing. The line was already long for the rainforest, so we headed towards the back, where the alligators were. 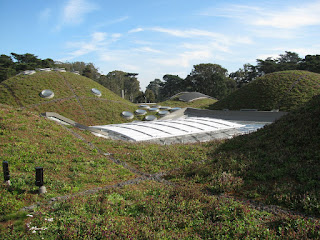 The new location is in the back, near the rear entrance. It used to be larger, and right in front when you walked in. In those old pre-enlightened times, people would throw coins at the alligators and snapping turtles, as if they were objects of cosmic luck. I distinctly remember my late Auntie Jean, who was quite a character, getting one of the guards to poke an alligator with a long stick, so it would roar for us. I know it sounds unbelievable, but it really happened! 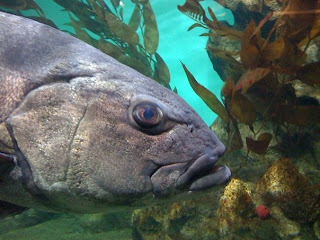 One thing I could never do as a child, was wander through the aquarium, take pictures with my iPhone, and simultaneously post them on Facebook! There's free wifi inside! The new Academy is pretty awesome, and I wonder when it will ever not be crowded. I think I'll just have to take a day off, on a Tuesday when members get in an hour early, rush into the line to get a planetarium ticket, then get in the line for the rainforest!

Even having lunch was a compromise. There were many separate, interesting looking food stations, all with their individual waiting lines. We had some great shrimp and pork spring rolls with peanut dipping sauce, but I'd like to try something different next time too. There's even a chi-chi restaurant called The Moss Room downstairs, but they were also totally booked! 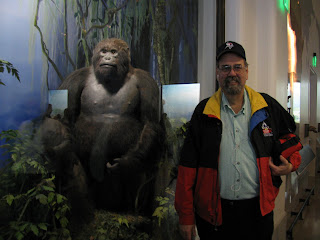 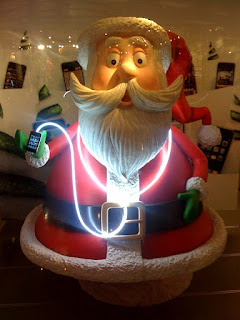 What's Santa listening to on his iPhone?

Now, I admit I like Santa a lot, and I also like Apple a lot. So there I was in Stonestown, checking out the Apple store, as I am wont to do, and there's Santa, with neon tube earbuds. I just had to snap a shot. I don't know if this Santa was specially made for Apple, or just something generic one picks up as the Santa Store, but I dug it!

It also give me a chance to tell all of you how much I wish the best for you next year, and to hold on to the Season of Peace vibe, that passes all too quickly.