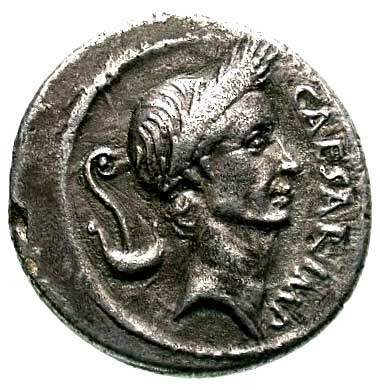 Coin of the Realm

Almost a decade ago, I gave a talk at church that got me into a lot of trouble. But, as time has passed, I have to say I have never found any reason to change my views on the intersection between religion and public life.

The basic idea was found in a famous phrase Jesus is said to have made:


"Render therefore unto Caesar the things which are Caesar's; and unto God the things that are God's."

This spoke to me as a call to appropriateness, that one has to operate in the sphere that makes sense.  It is often said that the freedom to swing one's arm ends at someone else's nose.  Unfortunately, too many times, people's noses are bloodied due to religious disagreements.  Even in a country like the U. S., founded by people trying to escape the state religion of England, we cannot seem to escape our own home-grown Taliban trying to tell us what to do.

Cue up FauxNews, and let's all get outraged that an institution such as a Catholic Hospital or University would have to follow the law of the land when getting government subsidies for health care plans. In every other business, women's contraception is included in basic health insurance, but for some reason, all these people are screaming "1st Amendment!" and decrying Obama for trampling on their religious freedom.

I think everyone is aware of the 1st amendment, but most of us probably aren't aware of how short it is:


"Congress shall make no law respecting an establishment of religion, or prohibiting the free exercise thereof; or abridging the freedom of speech, or of the press; or the right of the people peaceably to assemble, and to petition the Government for a redress of grievances."

So, all these right-wingers are screaming "freedom of religion," but as far as I can see it, it's pretty twisted. There's only two ways the 1st Amendment deals with religion. First, the government is prohibited from creating or supporting any religion. Second, the government is not to get in the way of a "free exercise" of religion. So, apparently these days, "free exercise" means you get to impose your religious beliefs and practices on others. Really, it's that simple.

There is no reason women should continue to be treated this way in this day and age.  The right to swing your arm (from a religious freedom point of view) ends where it discriminates against the health concerns of women.  I saw something funny on the Ed Show the other night.  Ed can be pretty ham-fisted at times, but this was pretty funny.  He acted as if he had just been handed a major breaking news item.  I don't have the exact quote, but it was something like:

Really, are we fighting about contraception in 2012?

This story had moved so fast, that the speed of my blogging is no match for what has been happening.  It appears as though Obama has made another brilliant chess move.  He worked out a deal where religious institutions won't have to pay for the contraception, the insurance companies will cover it.  The Catholic hospitals are happy, the women's health groups are happy, leaving only the ayatollahs on the right unhappy, and the insurance companies mildly grumbly about how this sets a precedent.  They won't grumble too loud, as they know it's cheaper to provide for contraception than unwanted pregnancies.

This won't end here; nothing Obama does is ever going to agree with 30% - 40% of the electorate.  But I'm glad to know that our president is standing up for women.  I think many of us were just expecting him to cave on this.  Things are getting interesting.
Posted by Geoff Gould at 2/11/2012 01:50:00 PM 2 comments: