I was asked to write a "Wilderness Meditation" for my church's Lenten booklet. Even though I was not keen to do it, I was goaded on by saying "You do your blog all the time, 150 words should be no problem!" So, what the heck, I did it. So, as a change of pace from writing about George W. You-Know-Who, here's a short meditation:

Standing on the observation area of Zabriskie Point in Death Valley, one can see God’s rhythms played out across the desert. Every hill and valley makes sense, there’s not a lot of vegetation to get in the way of seeing the pattern. The hills flow from gold to brown to red, almost as if they are moving. I feel like a grain of sand on the beach.

Listen for the still small voice


“There once was a note, pure and easy
Playing so free like a breath rippling by”

The Pledge of Allegiance

Will the Real 'Fake News' Please Stand Up? 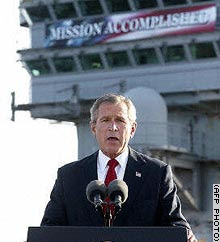 You can see by the volume of my output here, that it's been harder to write lately. I've noticed a lot of progressives have been dealing with a certain level of depression since the election. Is this because progressives are just crybabies? I don't think so. I think the problem has to do with the odd sensation of getting disconnected from reality. Who would imagine that the guy who didn't finish out his Air National Guard duty, lied about WMD's in taking us to war, and clearly lost all three presidential debates would be the one winning the election? I mean, I could have strung out the comma-separated examples of incompetence in the last sentence until the cows came home, but I hope you get the point. It's hard to accept the outcome, when facts seemed so clear.

When I was in 9th Grade, around 1965, I read George Orwell's 1984. Even that young, I felt like I understood the story in symbolic terms, and didn't think it was meant to take place literally. Now here we are in 2005, and much of it has come to pass, literally. The whole state of news information/disinformation is positively bizarre right now.

Out of one side of the media's mouth, we hear the story about CBS and how they handled the story of George Bush' missing service in the Air National Guard. It's pretty well known Georgie boy abused the system. Even with a reward, nobody can seem to locate anyone who remembers serving with the future president during the 'missing period.' CBS indeed rushed to judgment, and in a proper world, it certainly merits the gnashing of teeth, etc. But this occurred during the same campaign where the infamous Swift Boat Veterans for Truth smear came out. Not only was the swift boat ad campaign a politically motivated smear from the get-go (whereas even the conservative inquiry into the CBS 'Rathergate' fiasco found no evidence of the so-called liberal bias) but it was quickly blown out of the water as far as the 'truth' was concerned. Nonetheless, the story stayed in the media. For weeks and weeks and weeks...

The recent icing on the cake came when it was revealed that conservative radio personality Armstrong Williams took $240,000 to spread the Education Department's official propaganda about the No Child Left Behind program. This is plainly illegal, but we aren't hearing any apologies from the Administration. This wasn't even the first time the government had paid for phony news stories.

Which brings us to the topic of 'fake news.'

One of my favorite TV shows is "The Daily Show" hosted by Jon Stewart. Ostensibly a comedy show, it has become a major force in political news. While the 'reporters' make no pretenses about faking their location (Baghdad, Washington, etc.) much of the news that's delivered is quite real, and the comedy comes in the form of comic irony. George Bush is presented in all his stumbling glory, and the comedy stems from the the feeling that this is all just a bad dream. Things can't really be that bad! Our leaders can't really be that stupid! They are self-labeled a 'fake news' show, and the true irony (I'm using that word too many times, but you should start to see why this is all making me pretty dizzy!) is that this show is often closer to the truth than what you see on the number one cable news outlet, Fox News. Fox News, which spews slanted coverage and ideological propaganda non-stop, is 'Fair and Balanced,' while the Daily Show, which has had many world class special guests and covered what the 'real' news show are afraid to cover, is called 'fake news.'

But wait folks, it gets weirder.

Last year, the folks at CNN's 'Crossfire' thought it would be a good idea to have Jon Stewart as a guest, the only guest. Usually there's more than one guest, but it was a Friday, and it all looked so easy, the funny guy (Stewart) would provide the entertainment, and we could all just slide into the weekend. But no, that's not what Stewart had in mind. In the video, which has become one of the most popular archived video clips on the net ever, Stewart ripped into his hosts. Jon told the talking heads "Stop, stop, stop, stop hurting America." This was totally unscripted, and the regular guys on Crossfire were totally caught off guard. At one point, Tucker Carlson (who wears a bow tie as an affectation) says to Stewart "Wait. I thought you were going to be funny. Come on. Be funny."

Stewart replies: "No. No. I'm not going to be your monkey."

Before it was over, Jon called Tucker a dick, and the rest is history. For those of you who haven't already seen the video, or read the transcript, you must check it out (click here).

But, once again, the story doesn't stop there. Only just recently, CNN fired Tucker Carlson (don't worry about him, he'll probably turn up at MSNBC) and decided to shelve the whole Crossfire show for at least the time being. More than one TV critic proceeded to write about the whole affair, tongue firmly in cheek again.

So, check this out. 'Fake' news, 'Fair and Balanced' news, moral outrage over flawed journalism of a true story, and endless reportage on a story everyone knows to be false! War is Peace, Hate is Love. Is your head spinning too?