In an article today in the online Chronicle, we find that a coyote pup was killed by a car, near the site where two adult coyotes were recently killed. The article goes on to say that they also know that the coyotes that were killed were also fed by humans. It sounds like there is at least one other pup still out there. I don't know enough about coyotes, but worry for their safety without their parents around.

As independent as the coyotes seem in our imagination, just like any other animal, the babies need help to make it.

How Will the Wolf Survive? 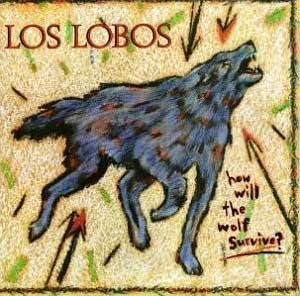 This last year, I drove to work through Golden Gate Park. There are certain joggers you'd see, and almost every day, I'd see this Dodge Caravan parked, with a big black dog with a flashing LED on its collar, surrounded by scores of ravens. I have no idea why, perhaps the dog's owner fed the birds.

I saw daily progress on this huge purple head, The Dreamer, as it was installed near the de Young.

But a month or so ago, I saw a creature by the side of the road that transfixed my attention. I pulled the car over, as the car behind me did, and I just stared at it. It looked like a real big fox, or a skinny wolf; no dog I knew had ears like that. I now realize it was a coyote. 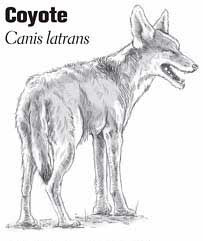 I find myself truly absorbed when I encounter an animal that represents 'wildness' to me. That might simply mean an animal I don't normally see. Ravens, pigeons, seagulls, and blackbirds are familiar enough, but even then I will stop to look if they are especially close. I always watch the hawks roosting on top of streetlight poles in the city, as they look for gophers and such. (Boy, I could really use a gopher-hungry hawk in my front yard!)

But this coyote was something else. Here was the classic 'wild dog,' roaming around our artificially engingeered, but beautiful, Golden Gate Park. And now, we read in the paper the sad news that a pair of coyotes has been killed after they had attacked some dogs in the park.

I think everyone is sad about this, some people are angry because they feel the coyotes 'were here first.' From what I can tell, I can't really fault the actions taken, as these coyotes had pretty much sealed their own fate by getting too close to our civilization. While doing a little background research for this post, I found an especially prescient article in the Department of Fish and Game website about the need to keep wild animals wild. The headline of this article, printed some time ago, reads: "Wild Animals Ruined, Even Killed, by People’s Carelessness!" This article was written last November, but sounds like it was taken out of the morning paper:

Coyotes play an important role in the ecosystem, helping to keep rodent populations under control. They are by nature fearful of humans.

If coyotes are given access to human food and garbage, their behavior changes. They lose caution and fear. They may cause property damage. They might threaten human safety. They might be killed.

Relocating a problem coyote is not an option because it only moves the problem to someone else’s neighborhood.

Just like the people who build their houses closer and closer to the wild areas are on a collision course with Mother Nature in the form of wildfires and cougars, these encounters can inevitably lead to tragic outcomes.

I think we look to wildlife with some sort of subconscious longing for something we've lost in exchange for the comforts of civilization, and seeing things like coyotes in the park, red foxes near the beach, or peregrine falcons raising their young in the heart of the city gives us some sort of hope.
Posted by Geoff Gould at 7/17/2007 09:56:00 PM No comments:

<-- Scooter Libby scoots away without any hard time.

Am I dreaming? Can this really be happening?

Numero Uno: George W. and Dick Cheney consider themselves above the law in an executive order signed by Georgie himself, both saying they are not covered by this order. It's a presidential order Bush issued in March 2003 to cover all government agencies that are part of the executive branch. But, incredibly, Cheney and Bush refuse to comply, and nothing happens! No consequences!

Numero Dos: Cheney Chief of Staff Scooter Libby is convicted of a felony in the Valerie Plame Affair, and Bush commutes the sentence (2.5 years in prison) so Scooter doesn't have to pay for his crimes, crimes that Bush said would be paid for!

I don't mean to display too much naïveté here, but the relativistic attitudes that coexist around what would seemingly be a slam dunk are just stunning. I guess this just shows how powerful Cheney is as impeachment insurance. Why impeach Bush, when all we'd get is Cheney to replace him?