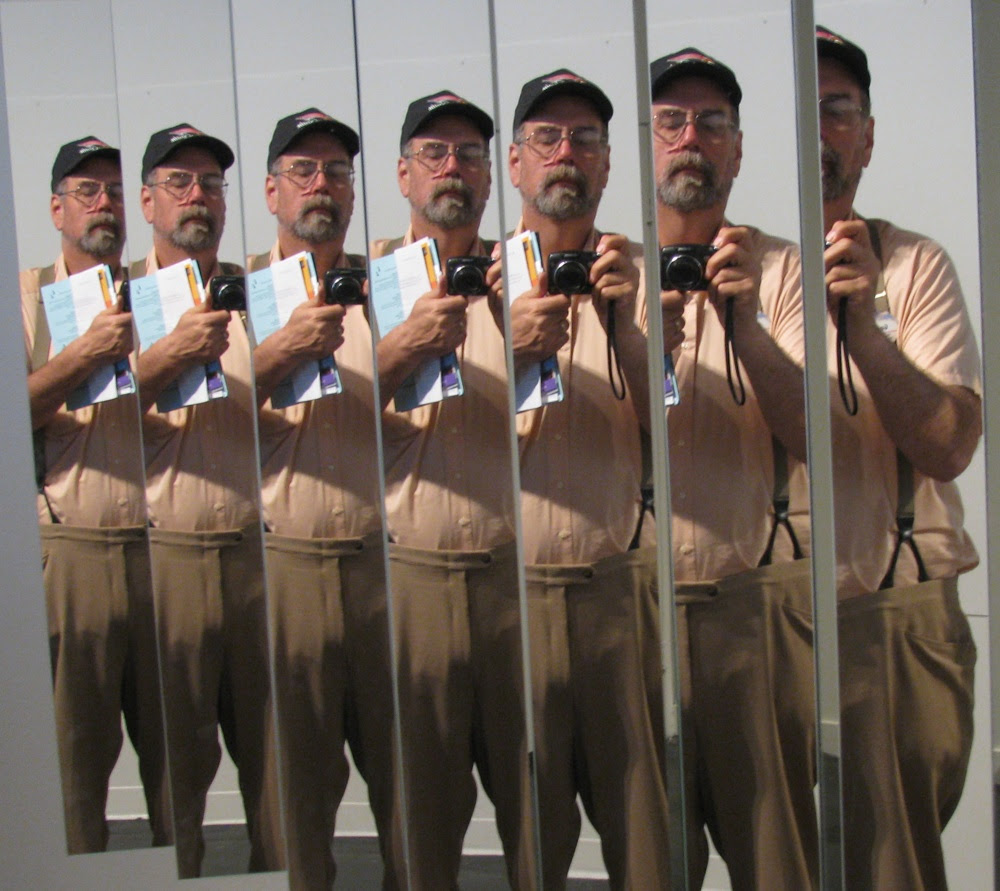 The Request Line is Open!
Yesterday I went to the Exploratorium to visit some old friends and check out some teaching resources, and posted in my FaceBook status "getting ready to go to Exploratorium." Tyree asked that I report about this in my next blog post!

Now, one one hand, my trip itself was not really newsworthy, outside of some weird pictures I took of myself in the new exhibit. But on the other hand, my blog doesn't have that many readers, and who am I to ignore such a request! Perhaps I can weave something about the Exploratorium's approach to science with something that's really concerned me lately.

The Exploratorium is the original 'hands-on' science museum for the general public. No longer just the province of nerds and geeks (not that there's anything wrong with nerds and geeks!) The Exploratorium is just downright fun, and if you're not careful, educational too! And if you've ever visited, and wondered what was going on in those classrooms in the middle of the building, the museum also runs a Teacher Institute to help with the professional development of science teachers. Their goal is to support teachers in their first years, when most teachers quit. I went through a two-year induction program with them, and found it very important to my survival, as well as making good friends that are going through the same struggles I am.

What the Exploratorium represents to me is the intersection between high science and personal experience. Many exhibits may just appear to be fun optical illusions, but if you want to know, there is much deeper science involved. You can just enjoy the beauty of the rainbow streaming into the building through the diffraction gratings installed on the roof, and if you want, you can dig deeper, to the 'why' of it all. If you haven't been there in a while, check it out again; new exhibits are built all the time.

...while almost all of the scientists surveyed accept that human beings evolved by natural processes and that human activity, chiefly the burning of fossil fuels, is causing global warming, general public is far less sure.

Almost a third of ordinary Americans say human beings have existed in their current form since the beginning of time, a view held by only 2 percent of the scientists. Only about half of the public agrees that people are behind climate change, and 11 percent does not believe there is any warming at all.

According to the survey, about a third of Americans think there is lively scientific debate on both topics; in fact, there is no credible scientific challenge to the theory of evolution and there is little doubt that human activity is altering the chemistry of the atmosphere in ways that threaten global climate.

Plainly put, there is no actual debate among scientists about evolution or global warming, yet one can frequently find references to such a debate.

What seems to be going on here is a large denial on the part of the public about science, and I wonder why this is. I would really like to get your two bits on this.

I tend to believe that those who try to control society favor a populace that is as scientifically-illiterate as possible. That makes it easier to control people, since you don't have to be logical.

There is another train of thought that says people themselves avoid freedom, and choose to be scientifically illiterate for that very reason. They don't need any deep conspiracy to believe in superstitions.

I would really be interested to hear from you as to why this disconnect exists. What other factors might be at play here? Religion? Schools? Social customs?