Are We There Yet?

When the day finally came for Barack Obama to become our 44th President, it unfolded with a lot of positive energy I hadn't foreseen. I knew I'd be happy, but the incredible outpouring of emotion and joy that enveloped every available square inch of Washington D. C. just floored me. I was out of town this last weekend, and missed the big Sunday musical celebration, but eventually watched it online. It's odd that with just a simple exorcism via the ballot, the mood of the country could change so dramatically. The symbolism of the performances on the steps of the Lincoln Memorial was striking. Video clips of Marian Anderson, Martin Luther King, and JFK were counterpoints to young and old musical artists singing classics. I was particularly moved to see the old Sam Cooke song, A Change is Gonna Come. It was great to see U2 do Pride (In the Name of Love), which was originally dedicated to MLK, done in front of the huge seated statue of Abraham Lincoln.

Obama's acceptance speech was not the second coming of the Gettysburg Address, nor was it meant to be. It was a direct communiqué to all of us that the day had come, and that the change we'd all been waiting for was going to happen through our own hands, and that the government would not be a thing of alienation, but an extension of the will and needs of the people. While his first words were gracious ones, directed at ex-president Bush (jeez, it feels good to say 'ex-president Bush!') but soon heard in no uncertain terms that there was a new sheriff in town, and America would no longer be operating under the same old patterns of politics and power.

Before today, I'd heard some snickering remarks about the phrase "Be the change," but today, that seems real to me, and what it's all about, and also how it must be the way things will work.
Posted by Geoff Gould at 1/20/2009 09:40:00 PM 2 comments:

No TV, No Internet 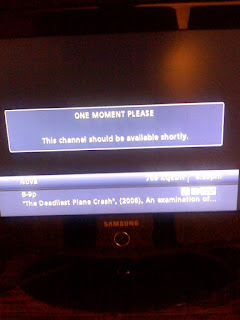 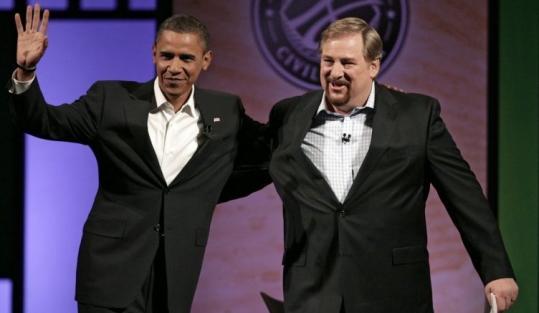 Does this make me an apologist?
On January 20, Rick Warren will give the invocation at Obama's inauguration. This has caused much uproar, outcry, and gnashing of teeth in the progressive and gay communities, for obvious reasons.

Four years ago, I wrote about my dislike for Rick Warren. My distress over the passage of California's Proposition 8 is just as public. I have been solidly in Obama's camp since the Dead's endorsement back in February.

In a recent, well-written column by Jon Carroll in the Chronicle, called The Purpose-Driven Bigot, Carroll totally, and logically describes why inviting Rick Warren was such a mistake. I couldn't disagree with any of it, and especially resonated with this statement:

It was an easy trap to avoid, is what I'm saying. It was an easy statement to refrain from making. But Obama has chosen to start his administration with a bigot addressing God on behalf of the American people. Not the change I was hoping for.

Why would I dare touch this? Perhaps the same stupidity that prevents me from being silent when I should just stifle; who knows? But I think there's something extra going on here. Perhaps I just want my heroic image of Obama to be vindicated, and not dragged down into some sort of crass political expediency. I don't think Obama is throwing gays under the bus by any means. I see revisionists laying the "Don't Ask, Don't Tell" policy towards gays in the military at Bill Clinton's feet, but I feel that's unfair. Clinton tried to do away with discrimination against gays in the military, but ran into such a buzzsaw, DADT was forged in the process of compromise.

I think that what's going on here is that Obama is trying to bring two disparate worlds together, to see and experience each other.

To progressives like myself, the issue of marriage equality is a no-brainer, and just another in a long line of examples of why church and state need to be kept separate. There's nothing vague about this. But to many people, who may have voted for Proposition 8, they may have a different reality. Some of them are outright homophobes, but I supect many of them are just out of touch, and have not been able to see our gay brothers and sisters as, well, simply our brothers and sisters. I heard one commentator on the radio say that if everyone had been to one of the same-sex marriages that went on recently in California, the vote would have been different. I truly believe that. When one can put a face to 'the other' it is no longer 'the other.'

In short, what I think Obama is doing is bringing two worlds together to try and work it out. I think this falls under the You can catch more flies with honey than with vinegar philosophy. It's sort of like a time warp. If we were to look at ourselves a century ago, there are many aspects of our lives we would all (hopefully!) agree have no place in the modern world. I think in most respects, many evangelicals are good people, but are still in a mindset that blinds them to the consequences of their actions. If Obama can bring us together, could we indeed 'work it out?'

Hey, it's not even January 20th yet! I prefer to give Obama the benefit of the doubt at this point.