Poof! It's finally over!
But it was really just the beginning

After all the brouhaha of the last year and a half, things are strangely silent. I have my teaching credential, I'm done with a year of teaching, and I'm unemployed. Thus the picture of the astronaut drifting in space!

After a few years at part-time substitute teaching, I entered the Secondary Education Credential program at San Francisco State University in the Spring of 2005. In the first semester, only one of my professors was older than I was.

For a while, I split my time between trying to stay on top of my school work, observing classes at a local high school, and putting in time at my office, trying to keep it going by fits and starts.

Not that I had a lot of choices of what to do, but it was definitely the pattern for the next year and a half: mediocrity in all things. I was burning my candle at at least three ends!

All the while, it's been hard on my family too, which should be kind of obvious. I'm making a career change, which in the long run should be a better move, but in the short run has added enormously to my stress levels.

After the first semester, someone at San Francisco Unified asked one of my professors to recommend science and math student teachers who might be interested in getting paid to teach, instead of the normal unpaid student teacher semester, and I, along with many of my classmates gave her our names.

I ended up taking a part-time job at a 'dream school,' against the better judgment of SFSU, and my normally one-year program was turned into a 3 semester program. I taught one class of chemistry, which I was technically qualified to teach, and one class of 9th grade Earth Science, which I was initially unqualified to teach. I eventually passed the required subject matter competency test, but basically tried to stay one step ahead of the students all year. Mediocre indeed!

In my Dream School, it was very racially segregated. 70-80% Latino, maybe 15% African-American, and almost no whites or Asians. Over forty years ago, I read Up the Down Staircase, and was hooked on the romantic idea of 'saving' kids, and turning them on to education. I'm not saying I don't still believe it's possible, but the forces that keep kids away from academics are far bigger than just what the teacher dishes out. Like I've been saying, I feel I've been mediocre this last year, and look forward to next year, when I know I will be a much better teacher, but I doubt I will be able to 'save them all.' But you never know where you might have some influence, so you have to keep planting seeds, and hope they will find fruitful soil.

I stumbled through my first semester, then on into my second semester, where I had to finish this gawdawful thing called a 'Candidate Assessment Portfolio' (CAP) where I showed how I reached all 13 of these 'Teaching Performance Expectations' (TPE's) which seemed to be written by committee. I had a formal supervisor from SFSU, and an in-house observer appointed at the school. I tried to please them all, but probably none, and probably less than pleased at that! The politics of school is something I am quite naive about, and put my foot in it several times. I took sick days just to finish this CAP thing (I've never drunk so much coffee in all my life!) and straggled to the finish line. I was very emotional at the end, and doing things like make my normally rude 9th graders pose for an end of year picture with me: 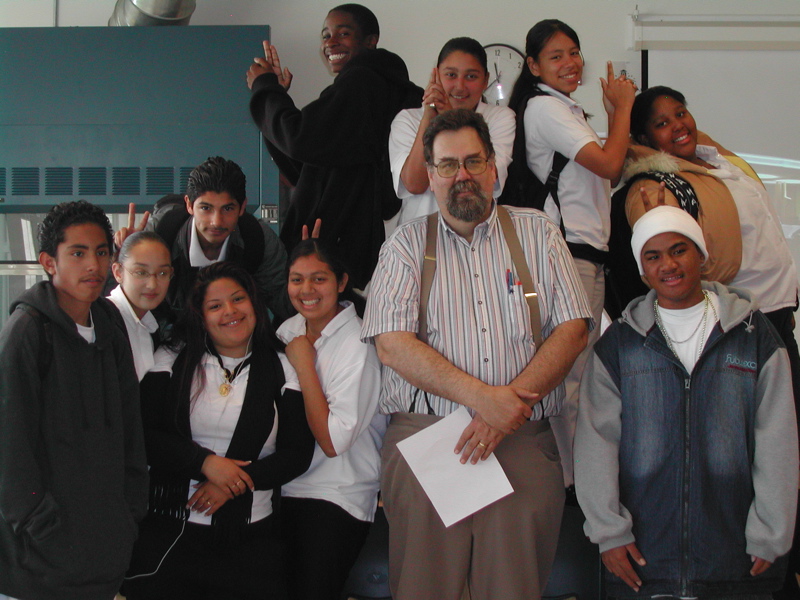 After our last SFSU class, we just hung out for awhile, chatting with each other. We were almost in a state of shock, knowing that there were no more classes to attend. We would all be off to our separate schools and such.

Here's a pic of me and Brandon, my best buddy through it all, that afternoon. He's less than half my age, but we were a good team when we worked on projects together.

It kind of reminds me of childbirth. Not that I have the same memories as Martha of course, but it was very intense for me too. Those memories tend to fade, and get replaced by all that life offers and takes from you. This has been one of the most intense, and painful periods of my life, but hopefully, this too shall be covered up by future sedimentary memories to come.


What we call the beginning is often the end
And to make and end is to make a beginning.
The end is where we start from. 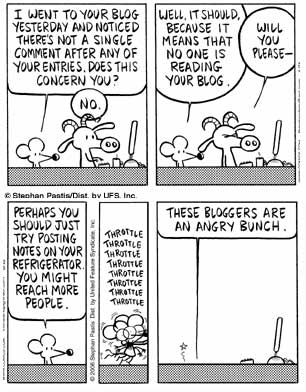